A brief History of the Lavenham Sinfonia

The Lavenham Sinfonia was founded in 1979 by Frederick Marshall and Jessie Ridley. Starting as a small string orchestra it quickly expanded into a full symphony orchestra. The handpicked members come from all over East Anglia; many have been professional musicians, several music teachers and some of their best students.
Over the years they have given concerts in Ipswich, Boxford, Long Melford and the Maltings at Snape, where they helped celebrate the Jubilee of the Suffolk Preservation Society. Their base for many years has been the fine Church of St Peter and St Paul, the Parish Church of Lavenham, renowned for its superb acoustics. 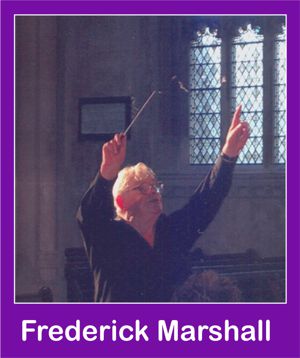 Frederick Marshall studied at the Royal College of Music and privately with Walter Goehr and Sir Malcolm Sargent. After five years as Musical Director of the Old Vic he founded Basilica Opera, for which he conducted much of the standard repertory, as well as giving the first performance in modern times in England of Monteverdi’s Il ritorno d’Ulisse and Rossini’s Tancredi. 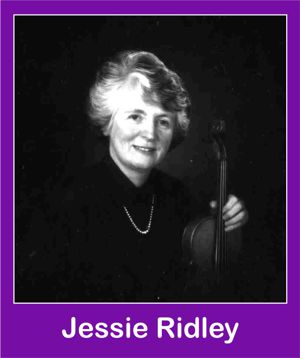 Jessie Ridley studied violin at the Royal Academy of Music. She has been leader of the Wolsey Orchestra, Ipswich and the Colchester Sinfonia.

Ivan Howlett was a great supporter of the Orchestra. Born in Lavenham in 1942, he went on to become the first Managing Editor of Radio Suffolk. Here is the review that he wrote for the East Anglian Daily Times for the October concert detailed in the programme above.

“An orchestral prelude evokes the wind scurrying through the trees. Then comes the soprano, sudden, bidding the winds be silent and the leaves to rustle no more.

This is how the Handel motet, Silete Venti, begins. With the splendid rich voice of Sandra Ford leading the way, the work was the highlight of the Lavenham Sinfonia's concluding concert in the 2007 season.

The evening was dedicated to the memory of the distinguished music critic, Alan Blyth, who died last month. Alan Blyth, who'd lived in Lavenham was the Sinfonia's President and had first brought Sandra Ford to Lavenham to sing with the orchestra.

The performance was a fitting tribute. Silete Venti, for virtuoso soprano, oboe, and strings is outstanding among Handel's Latin motets. It's a joyous work requiring, especially in the outstanding da capo arias and the brilliant final Alleluia, a performance of agility, strength and lyrical beauty, which Sandra Ford gave us. She has the clarity, accuracy, colour of voice and mastery of baroque singing that Handel demands. The Sinfonia, too, were in good form under Frederick Marshall.

The other main work, Bach's magnificent Double Violin Concerto proved to be as fine a companion piece in the first half as you could want. Written in 1731, a few years after the Handel motet, it's a work of majesty with fugal forms predominating and giving a wonderful opportunity to feature two of the Lavenham Sinfonia's key players, leader and artistic director Jessie Ridley and Pam Munks. That they work so often together was especially beneficial in the breathtaking opening vivace and the third allegro movement with the two violins chasing, intertwining and conversing with each other. Between the two brisk movements the familiar and hauntingly beautiful largo was a delight.

It was a concert of two distinct halves. The second opened with Michael Tippett's intense and stirring 1946 work Little Music for Strings. It ended on almost a celebratory dance note with Grieg's Holberg Suite happily rounding things off.”

Concert bookings may be arranged through TicketSource.

Tickets also available from Lavenham Guildhall in advance, and on the door on Concert nights.